THE INDUSTRIAL REVOLUTION - A SHADOWY AFFAIR 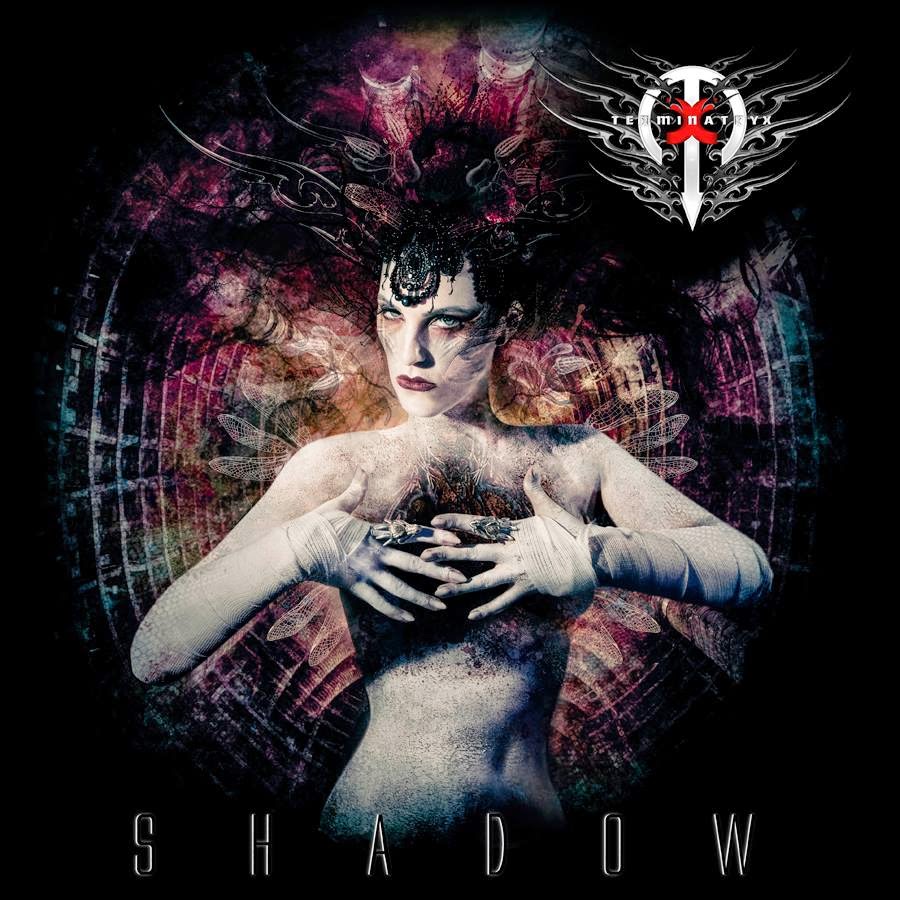 Judge a book by its cover! In this instance you'd be spot on!

The cover art on Terminatryx's latest offering - full length album 'Shadow' - is your first clue as to what's inside...
Emblazoned on the front is a dark, dense manipulation of lead singer Sonja, as imagined in the almost scary recesses of the genius that is Dr-Benway's twisted mind. It is a fitting, and magnificent, introduction to the astounding aural pounding you are about to receive. Amen.

So, down the rabbit hole we go into the 'Shadow'...

I'll do my best to steer clear of generic platitudes. They don't help anyone and this album deserves more than the average "review" so often shat out by so many so-called critics.

Firstly, the album benefits from a decidedly beefed up production, courtesy of Paul Blom (bass, guitars, programming, drums, synth, backing vocals) and the much vaunted Theo Crous. I can only imagine the long hours and dedication it took to deliver a product of this undeniable quality - and the proof of the pudding is indeed in the eating! Gloriously guttural guitars are driven by drums that are hit so hard it feels as if your speakers are permanently on the verge of rupturing. The programmed synth remains impressive throughout and the juxtaposition of harsh and delicate vocals adds a "velvet-vs-violent" dynamic.

Starting off with the crushing mechanical instrumental Metropolis, 'Shadow' hurtles through the inevitable indictment articulated in Holy and the (literally) thunderous, if more thoughtful, Scars without relinquishing its grim choke hold on the listener's jugular.
Masjien, the only Afrikaans track on the album, offers something in the way of variety and pins you down with an impressively insistent hook.
Shadow is the first single and, for me, the jewel-like stand out track of the album with a haunting refrain that's so catchy it would be classified a virus [intended...] were it discovered in rural Africa.
Uncharacteristically, Terminatryx then take a turn to the tender with the mecha-melancholy Gone, before returning to more familiar fare with the angry stomp of Purifire.
Poring through the exquisite booklet, its evident that Sonja has had more of a hand in the writing of this album and her influence is refreshing, and obvious on tracks Nothing and Medusa (either end of "operatic instrumental?" Outcast - for me the other standout), which close the album on a distinct high.

Final conclusion? I was given a copy of this CD. I get given a lot of CDs. I get given a lot of CDs even though I am in no way obliged to review them whatsoever. I do as I please on my little virtual soap box. Terminatryx have created an album of such character, depth and churning, chaotic lustre that I am going to buy it! Yes, I am going to go back to them and pay them the money I should have contributed to their indiegogo campaign. THAT'S how good this album is!

You should do the same. Not for any other reason than you owe it to yourself.

Spread The Love. "My Soul To Burn"
Posted by BoigzTheBlogger at 1:25 AM 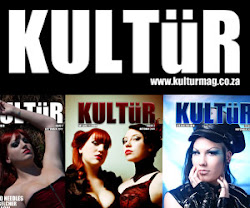